YoDAA is in touch with the latest research, policy announcements, practice trends and training relevant to Youth AOD work. Get it all in one place.

Strategies to tackle Ice use can't remain frozen in time 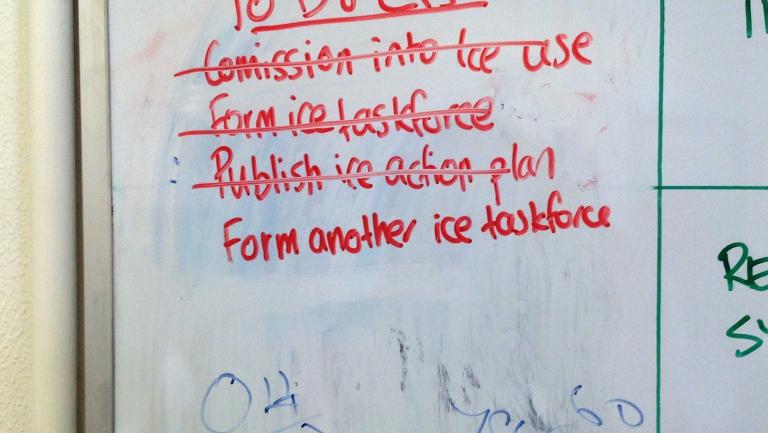 Australia cannot simply “police our way out” problematic methamphetamine use and “more money needs to be spent on treatment and prevention.”

These are just two messages from federal Justice Minister ­Michael Keenan and NSW Health minister, Jillian Skinner, both responding to the launch of the Abbot Government’s National Ice Taskforce.

The taskforce, announced early this week has been set up to review how the states are responding to Ice use locally and ‘identify ways to take a systematic, comprehensive and coordinated approach to education, health and law enforcement.’

If this all sounds a little bit familiar, that’s because it is.

The Abbot Government’s announcement has come just one month after the Andrews government published their own ‘Ice Action Plan’  compiled in their first 100 days of office by a 16 member Ice action taskforce.

Prior to this the Parliamentary Inquiry into the Supply and Use of Methamphetamines in Victoria examined the extent of methamphetamine use in the state and detailed recommendations for treatment and prevention.

Whilst the Victorian Ice action Plan was criticized for a disproportionate emphasis on policing at the expense of treatment and family supports, experts have been quick to caution this taskforce that more is needed.

President of the Australian Drug Law Reform Foundation, Dr Wodak says “The standard ‘war’ approach involves harsh political rhetoric and generous funding for law ­enforcement ‘crackdowns’ … but it pays utterly inadequate attention to the demand side of the equation.”

From YoDAA’s perspective, if this taskforce is to truly make an impact on problematic methamphetamine use in Australia, it needs to not just look beyond policing as a solution, but beyond behaviour change in the individual and indeed beyond treatment and education.

Perhaps in reviewing the community harms of methamphetamine use the taskforce will also consider the role communities can play in decreasing methamphetamine demand and stigma associated with seeking help.

Finally, it is our hope the Taskforce are able to review the impact that the Government's own cuts to the homeless sector, youth employment sector and drug and alcohol sector itself, have had on methamphetamine use in Australia.

It can be useful to look at what is happening in other parts of the world to compare how our efforts to reduce harm stack up. ...

A new policy announcement in Scotland regarding young people in care highlights the effect strong, coordinated and consistent advocacy can have on bringing about change in public health policy....

Victoria’s parliamentary inquiry into the supply and use of methamphetamines is continuing...

WORKING IT OUT with YoDAA

is a digital tool designed to help young people (and their supporters) consider where they are at in relation to their drug and alcohol related needs. It encourages help seeking where necessary and offers next steps for help and support.

YoDAA is powered by YSAS in close collaboration with the following partner organisations.

Ask us anything about Youth AOD related needs. We'll do our best to respond with 72 hours.